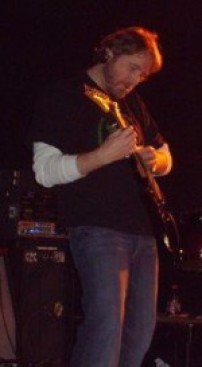 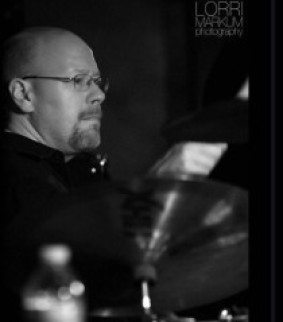 Joe Means stated that after living the dream of playing music for a living all over America with very popular bands, he is proud to be teaching drums and percussion for Greenfield Music Center. He now performs locally, which allows him time to instruct and teach. Joe enjoys sharing his craft, and teaches in multiple venues, seeing more than 50 students a week. He is available to take students on Wednesdays at Music Center.

Joe is currently the drummer Southern Bridges Band, a country/southern rock band that fills rooms all over the MId West. Joe's skills also make him in demand as a fill-in and recording artist. 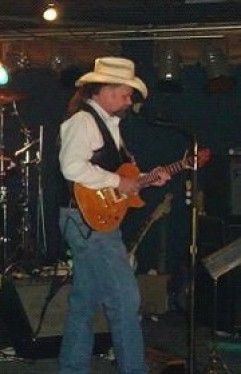 Russell Blythe has been a professional musician his whole life. He is regarded as one of the best guitar and banjo players in Indiana. Russell studied at Herron School of Art Studios of Indianapolis, where he has since become an accomplished artist building guitars. He teaches for Greenfield Music Center Mondays and Thursdays every week. In addition, he is Greenfield Music Center's main repair individual for all guitar needs, including broken necks, bridges, pick-ups, fret jobs, and more. It is said from many that, "any guitar Russell touches turns to gold" because his repairs and set-ups are so well done. Russell teaches guitar, banjo, mandolin, and violin. 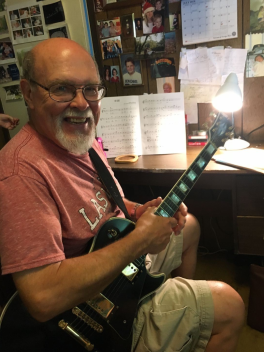 Vince Sanders has been a professional guitarist, bassist, and performer for over 50 years. In 1980 he began teaching for Bob Carter at Family Music Center; then, starting in 2001, he taught for Michael Florek at Florek's Violin and Music Shop for 18 years. Both stores were on Indy's east side

After crisscrossing the country as a guitarist, singer, and arranger for the group known as The Accents, Sanders founded a band called Triple Play. The intent with Triple Play was to perform locally and regionally, thus allowing him to begin a teaching career in the Indianapolis area.
Having studied music for 3 years at I.S.U., Vince realizes the importance of a good teacher who can influence and guide students to achieve their musical goals and enjoyment. He also recognizes that the fine staff at Greenfield Music Center is composed of those kinds of teachers.
Vince Sanders is proud to be part of that fine staff as a guitar, electric bass, banjo, mandolin, and ukulele teacher. 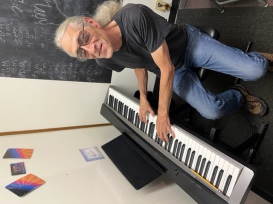 Portia Smith studied music and dance at Vincennes University. She studied under Gordeb Wheatly, Margaret Rhoads, and Sharon Jackson. Portia start singing and playing piano when she was ten years, with over 20 years of teaching, 3 years being at Greenfield Music Center. She has performed in many percussion ensembles, concert and jazz bands, along with, pop, jazz swing, concert, and show choirs. Portia has performed at many locations including, Kings Island, Clay Pool Courts in Indianapolis, Terri Haute, and Union Station.

Alec Harter started taking lessons at Greenfield Music Center 18 years ago. Through the resources and knowledge they provided him. He was able to conjure together groups of like-minded musicians to write songs and play shows with. Eventually when he became old enough, Alec toured and got to see the country through the lenses of an artist who was watching his dreams come through. After some time with touring, his most recent band signed a deal with a major label, and after publishing some of my songs and touring a little more, Alec decided to stay home with his kids and was introduced to the idea of teaching. Now he spends his time at home with his kids or at the store with his other 'kids' and I couldn't be happier! Jamie Tallent, has been playing flute since age 12. She teaches flute, clarinet, and saxophone. She attended Morristown Junior/Senior High School, where she played in the concert, marching, jazz, and pep band for 7 years. Jamie has also performed in all-region and all-district honor band. After graduating high school in 2021, Jamie surrounded herself with music. Besides flute and saxophone, she taught herself other instruments, like, clarinet, guitar, ukulele. Jamie has recently started working with middle school flautists at Triton Central Middle School, teaching them more about their instrument and pushing them to become better musicians and people. 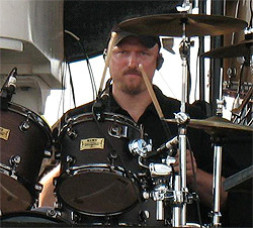 Tony Seiler, has been a professional musician his whole life. Tony has toured as a drummer and sound engeneer with several bands including, Pure Gold, Endlessummer, Duke Tumatoe, Andrew Young, Stella Luna, Dawg Dayz, Ripple Effect, and the list keeps going and going. Tonys style of teaching drums and percussion are unmatched with a guarantee of having fun while learning to be the next top drummer around town.